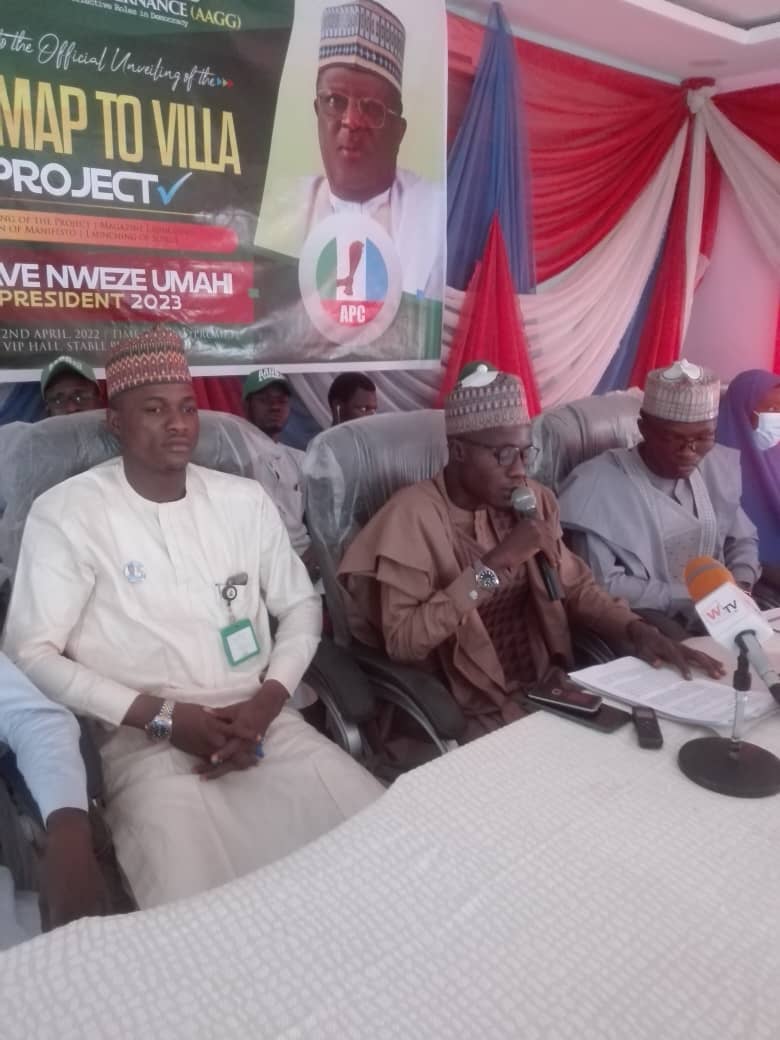 Arewa Advocate for Good Governance (AAGG), a socio-political group based in the Northern part of the country has unveiled the ‘Road Map to Villa,’ a project in support of the 2023 presidential ambition of Ebonyi State Governor David Umahi.

The project is built to consolidate the mobilisation of support for Governor Umahi in the 19 Northern States ahead of the 2023 general elections.

Mukhtar Babaleth, the National President of AAGG disclosed this to reporters in Bauchi over the weekend.

The President said that the “Road Map to Villa Project” is an initiative of the Arewa Advocate for good governance with a mission of supporting Dr David Nweze’s aspiration of becoming the number.

“In the aspect of empowerment, Engineer David Nweze has been a youth-friendly governor with a track record of promoting youths and sports through inclusive programmes worth N4.9 billion in the Ebonyi state.

“Also, in the aspect of workers welfare, among all the 36 states, the Ebonyi government pays salaries as at when due with payment of pension to retired workers as well,” he said.