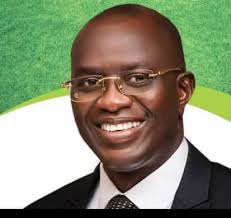 A group, Youths for Unity and Good Governance in Plateau State, has applauded Professor Dakas CJ Dakas, a governorship hopeful in the 2023 Plateau State gubernatorial election, stressing that there is no credible alternative to him among the contenders.

The group’s coordinator, Alhaji Hayatu Suleman (MaiLazy) who stated this in a statement in Jos, described Dakas as a man that the people of Plateau State can rely on, considering his wealth of experience as a quintessential professional lawyer who has reached the peak of his career as a Professor and Senior Advocate of Nigeria (SAN).

Suleiman also said that the New Development on the Plateau attributed to the efforts of Professor Dakas SAN of ensuring that Plateau State succeeded in one of the Newly approved Nigerian Law Schools is suited in Jos.

This is one of the reasons why we have called on the APC stalwarts to support the emergence of Professor Dakas as the next Governor to sustain the gains and secure the future of the State for the unborn generations.

According to the group’s leader, what Plateau State needs at the moment is a very credible, highly intellectual, and absolutely untainted, mobile and sagacious politician like Professor
Dakas will have his wealth of experience and connections to bring more Development to the State.

We have started benefiting from his wealth of experience and National connection with the latest development of Nigerian Law School in Jos it is in the light of the above that, We deem it fit to identify ourselves with this begotten Plateau son and will continue to solicit for Stakeholders Support to ensure that Dakas is unveiled as the next Governor of Plateau State.

We believe that Dakas will offer an open-door policy and will keep to the promises that he will make in the course of our electioneering campaigns which we will begin soon in all the zones of the state.“Based on his excellent pedigree, we know that Dakas will provide an enabling environment in Plateau State for economic growth and also sustain the peacebuilding efforts of Governor Lalong.

I am using this platform as a true Plateau son from the Ron ethnic group of Bokkos Local Government Area, to solicit the support of all APC stakeholders and particularly the party’s delegates to ensure that they take decisions in the best interest of all the good people of Plateau State by supporting the emergence of Prof Dakas as the APC flagbearer and subsequently the Executive Governor of Plateau State.

“We are confident that Dakas has all it takes to move Plateau State forward if given the opportunity and he will ensure transparency and accountability as Governor of Plateau State, Suleiman added.