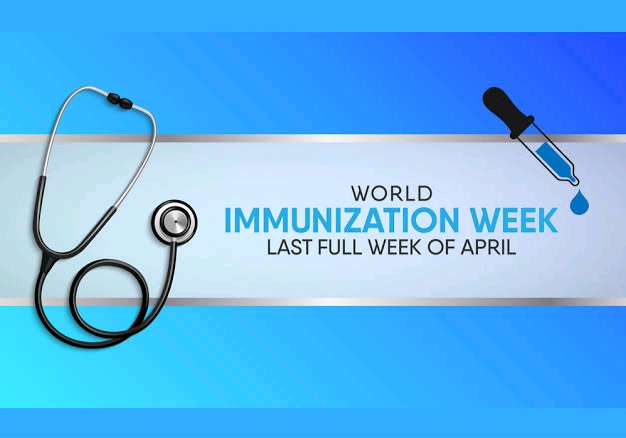 World Immunization week is celebrated in the last week of April every year to highlight the collective action needed towards promoting the use of vaccine to protect people against diseases.

In a bid to commemorate the 2022 world Immunization week, Bauchi State Primary Health Care Development Agency has flagged off the campaign in Dass LGA with a call for parents to access the service.

Speaking during the ceremony, Bauchi State commissioner for health Dr Samaila Kaila Dahuwa who said the week will be dedicated to providing routine Immunization for children under the age of 2, reactive vaccination to curtail the ongoing measles outbreak in some communities.

Represented by the permanent secretary of the ministry Alhaji Ali Babayo, the commissioner added that, unlike the previous year’s celebrations, they will focus on outbreak response to curtail the reoccurrence of circulating mutant polio virus as well as expansion of the Covid-19 mass vaccination to undeserved and hard to reach communities.

“Vaccines protects  our loved ones to live a long and healthy life, and that is why this year’stheme is “Long Life for All .”

Dr. Dahuwa who assured the Bauchi state government’s commitment toward improving the health and living standards of the populace thanked Governor Bala Mohammed for redeeming the state counterpart fund for different memoranda of understandings with partner organisations within the health and non-health sector.

Speaking on the role of Immunization in prevention of Childhood morbidity and mortality, the state executive chairman primary health care development agency Dr. Rilwanu Muhammed said vaccines contain inactive parts of a particular organism that triggers an immune response within the body.

“Currently some communities in the state have reported cases of measles and efforts is on to vaccinate all eligible children.”

Dr Rilwanu said for the celebration of this year, Bauchi State Government under the State Primary Healthcare Development Agency has provided immunization services at health facilities to curtail mutant polio virus across the state as well as media engagement.

On their parts, development partners such as the USAID Breakthrough Action Nigeria through its state Coordinator Usman Muhammad Inuwa, said they supported the State Primary Health Care Development Agency to commemorate this year’s World Immunisation Week as part of their mandate of ensuring that every child in Bauchi State get vaccinated as per Nigerian Immunisation Policy.

Other partners who spoke at the event, world health organisation, Intergreated Health programme IHP, Aliko Dangote Foundation as well as Bill and Melinda Gates foundation promises to continue to collaborate with the state government in both technical and financial services.

“We participated in the implementation of the community engagement strategy where children under one year are line listed and tracked for immunization, Bauchi was the first state to do so and it was later adopted by the National after some modifications,” the Emir said.

Alhaji Bilyaminu Othman, then assure the government and developmental partners that the traditional institution will dedicate the required time and energy to sensitize and mobilize all parents and caregivers to come out enmass to access the important health services during the week and beyond.

I'm who I am and that's just enough.
I'm definitely the best of my kind.
Just take a seat and grab a cookie.