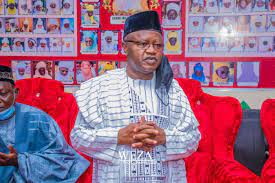 He insisted that only the PDP can change the insecurity and economic failure of the clueless APC-led Federal Government around for a better Nigeria for all and sundry.

He said non of the promises made by the present administration are fulfilled, as poverty is on the increase while insecurity is the order of the day in the country.

Dr Ladan Salihu said the people’s democratic party will not find it difficult to beat the ruling All Progressives Congress in the forthcoming 2023 general election as Nigerians are eager to change the worst leadership ever experienced in the history of Nigeria.

On his ambition to contest for the seat of the senator representing Bauchi south, Dr Ladan Salihu said if elected he would bring the desired change for his constituents.